Another trip to Leamington!

On Saturday 18th June Sue O and Rose M went to Holt BC to play in the Last 8 of the County Pairs. They played a very close game in the morning against a Pair from Wanborough BC and this went to an extra end which the Devizes pair won. In the Semi Final against a pair from Spencer Melksham they started slowly but soon got the mat and were able to play at a length that suited them. The game was still close but a 4 gave a bit of breathing space and enabled the Devizes pair to finish as the winners 21 -11. This means they will play in the County Final against the winners of the other Semi Final – a pair from Supermarine BC- on July 30th at Supermarine BC. They will also represent Bowls Wiltshire at the National Finals at Leamington in August. 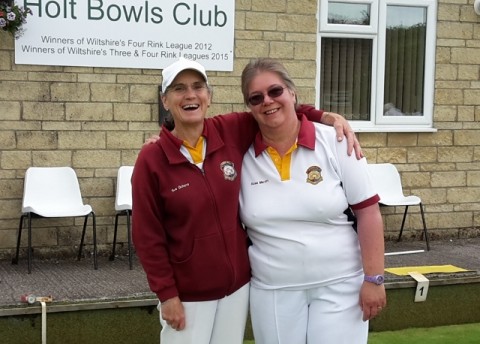