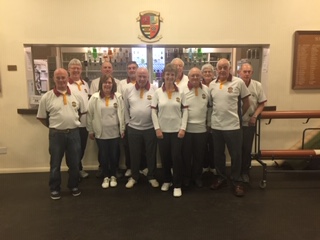 The short mat team visited Seend last week for another in their series of friendly matches at short mat clubs in the area.

This time it was a very close thing with two rinks losing and one winning  but were not quite enough ahead to claw back the deficit.

The final overall score was Devizes 36 and Seend 38.

Well played all next time it could be the other way round.